The Rush Of The Flush.

I've always enjoyed hunting ruffed grouse. Taking long walks on old forest roads and woods trails in the fall is about as quintessential as it gets for a north woods autumn activity. The air is usually crisp in the mornings and the sweet smell of fallen leaves triggers some spark in the recesses of my brain to ignite the flames of the hunt. Once lit, this fire will burn well into the winter months.

Grouse hunting, like all hunting, is full of anticipation. However in my opinion, no hunting can compare to the constant anticipation and thrill one gets from a good day in the grouse woods. You never know when one of these birds will suddenly explode right out from any direction around you at any moment. I once posted a story about a grouse hunt and a friend of mine who is in the U.S. Navy stated that one of the things he missed the most from back home was "The rush of the flush". I never heard a more appropriate term for it. The rush of the flush. This is what keeps me coming back to these birds.

I love that sudden explosion of a grouse flush that gives you mere nano seconds to make what seems like a thousands decisions. These decisions must be executed somehow into one fluid, physical movement that coincides with a blurred visual target your brain must engage. Then you need to adjust to that blur of feathers to somehow line up a shot in less time than it takes a dropped shotgun shell from your hand to hit the ground. Some times my brain locks up. The fury of the flush startles me even though I'm trying to anticipate it for as long as I can. The moment is then lost and I have found I'm half froze in my attempt to raise the gun and the bird is gone. Other times It seems as if my brain is on autopilot. These are the times that I even impress myself. A bird flushes, and everything slows down. With out evening trying, I some how swing onto the seemingly slow motion bird, fire a barely audible shot at it and watch as it tumbles from the air with out even realizing what I just pulled off. 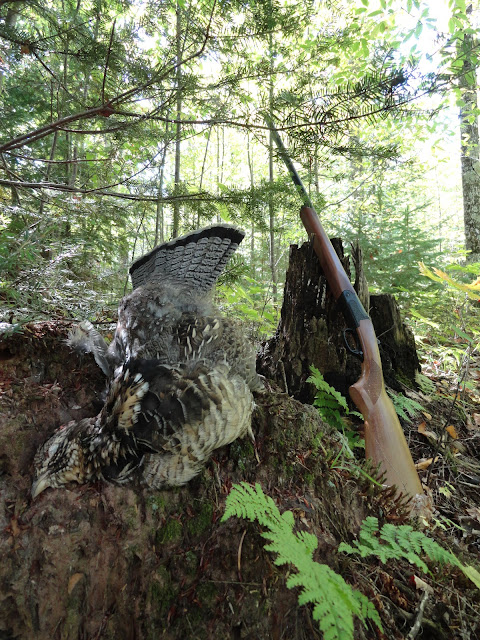 Some days in the grouse woods you can do wrong. You make the impossible shots that take birds with in feet off the ground on a flush, or nail a double in tight cover. Other times you may have been better off staying home. You might miss three straight away flushes in a row, or flush six birds, but somehow never even see one of them.

You never know how the day will go on a grouse hunt. Also, you never what you will see. I never cared for road hunting for birds. Lots of people I know do it, but I like hiking and being immersed in nature so walking is the thing for me. And by putting on the miles in the grouse woods I have seen some amazing things that people cruising around in their trucks will never know. Fresh moose, wolf and bear tracks in the mud. A coyote that was killed by a wolf. An injured or sick great horned owl. A close encounter with a coyote I tried to shoot from an ambush. The 'yote ended up charging past me as I had to side step it so it wouldn't hit me. How my shot never connected with it I'll never know. All of these things and so many more have been seen or experienced only because I chose to walk along the less beaten path for many miles while pursuing these birds. 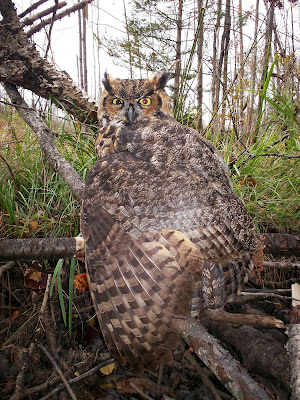 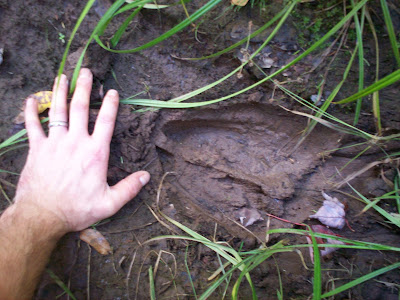 Soon I'll be off to wander the trails in hopes of flushing my favorite game bird. Long walks amongst the falling the leaves is what I'm now craving. The weather has finally started to cool down this fall and hopefully some of the leaves have been knocked off the low foliage with the high winds we've frequently been having. 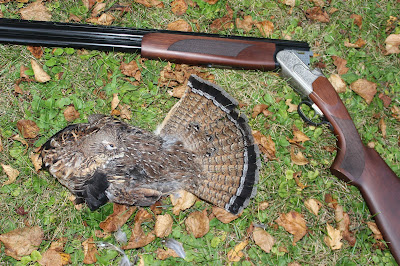 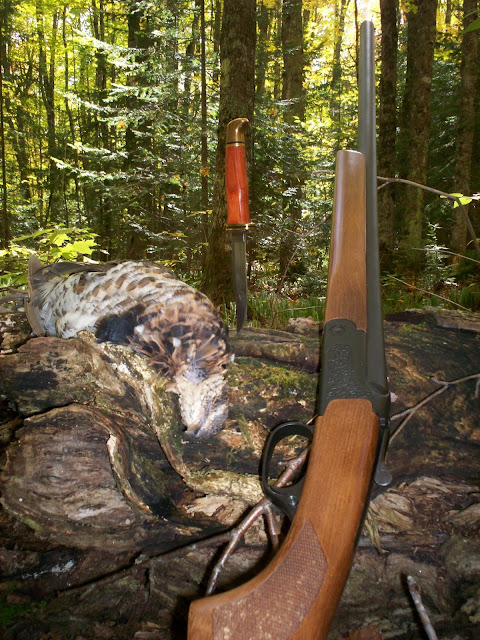 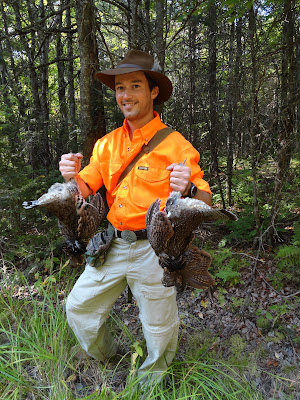 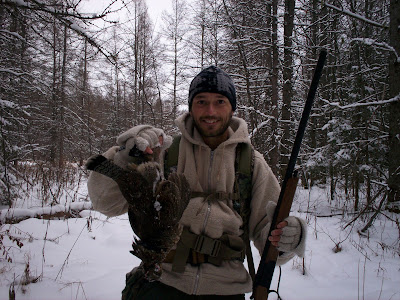 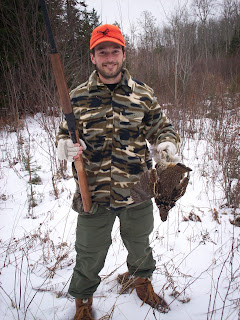 From hot weather to cold, grouse action can be had in any conditions. 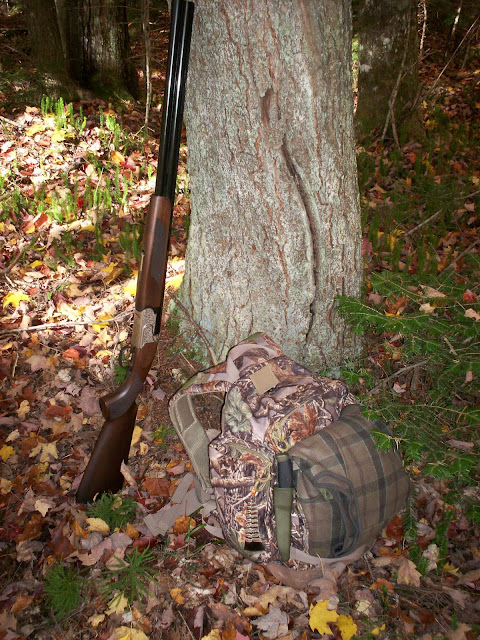 This year the ruffed grouse population level is slated to be at middle range of their ten year cycle. However, my region has experienced a few cold, wet springs in a row which do nothing to help grouse chick and egg survival rates. The past few years have been dismal for action and I have encountered a scant few birds. Last year was the most terrible season I have ever had, with only a handful of flushes for many miles walked. Hopefully this year things have improved. Time will tell. 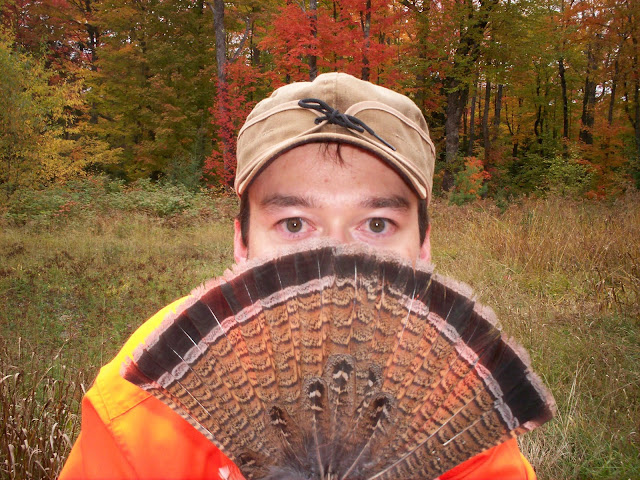