I got around to harvesting the massive conk of chaga I discovered on a hike last month. I grabbed my pack and headed out into the woods.

As I cruised through the forest I scanned for mushrooms along the way. My hopes sprang up when I spotted some orange ones and thought for sure they would some more chanterelles to add to the larder, but my hopes were dashed once I got closer and I seen they were just one of it's impostor counter parts.

I hiked the mile and half back to where I discovered the giant yellow birch and two deft blows from some Swedish steel relinquished the ancient tree's bane into my possession. 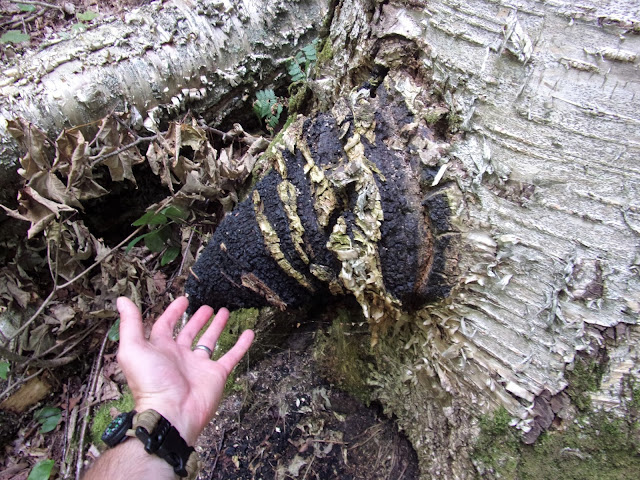 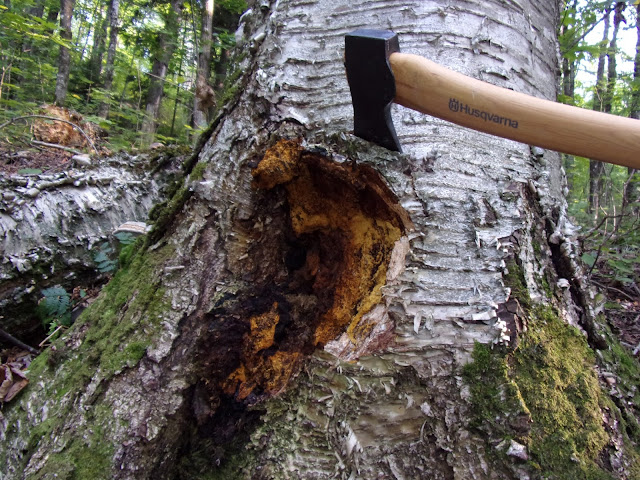 The object of the Birch's inevitable demise was now my prize. 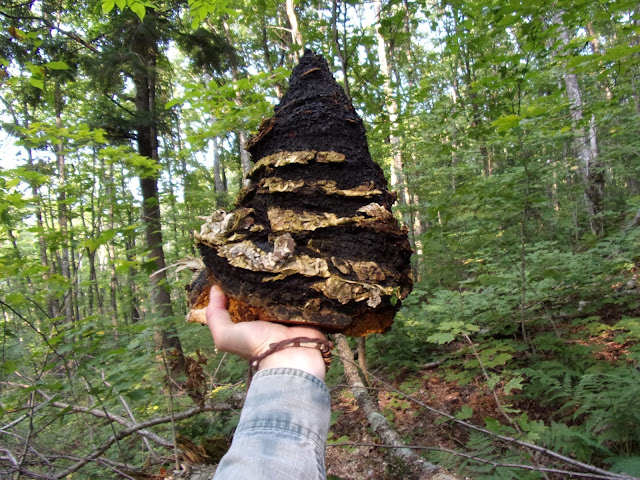 I loaded the hefty horn of fungus into my day pack, took a few gulps of water and began my hike back out. This chunk of chaga will last me awhile. I estimate it weighed about 15 pounds. 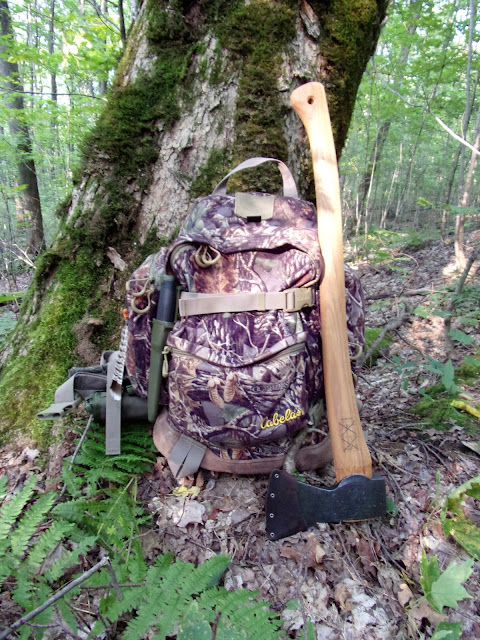 The walk revealed a few other interesting fungi, including some hard to find but prized, black trumpet mushrooms! And I found deadliest mushroom on this planet, the infamous destroying angel.