And so begins the final prepping for my 2017 white tailed deer rifle season. Clothing is getting sorted, gear is being un-stowed and plans are being made.

I was checking out the deer sign near my old, "Go-To" rifle hunting spot that I normally hunt near my family's camp, but the area has been devoid of deer life for the past three years. This fall I actually got 3 deer on camera, two does and one yearling. This is the first confirmed deer sightings I've out there in three years time. I figured there were at least 2 deer there because on my last scouting foray out there in mid October, I came across some tracks in the wet leaves and found a pile of deer droppings that were of the size a yearling would make. If there was a yearling around, an adult doe should be there too. 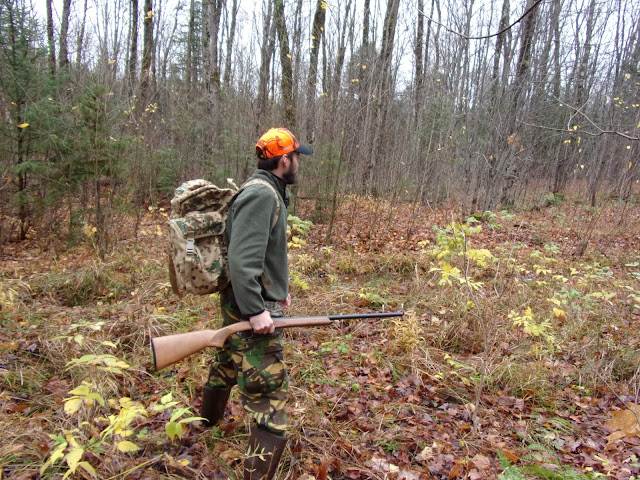 My trail camera proved the evidence I had found to be true, and it contained many images of only these two deer 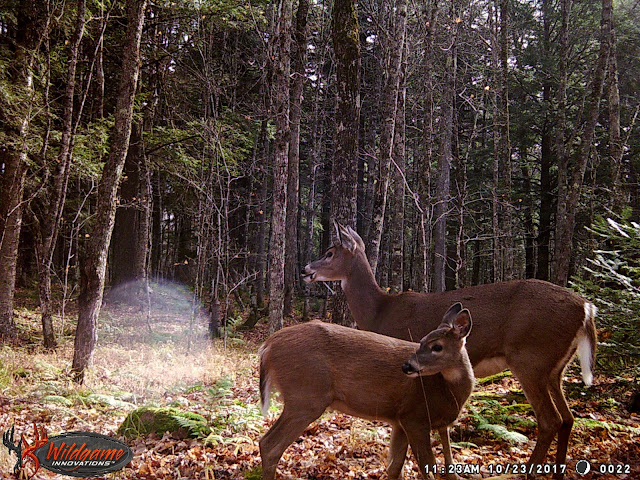 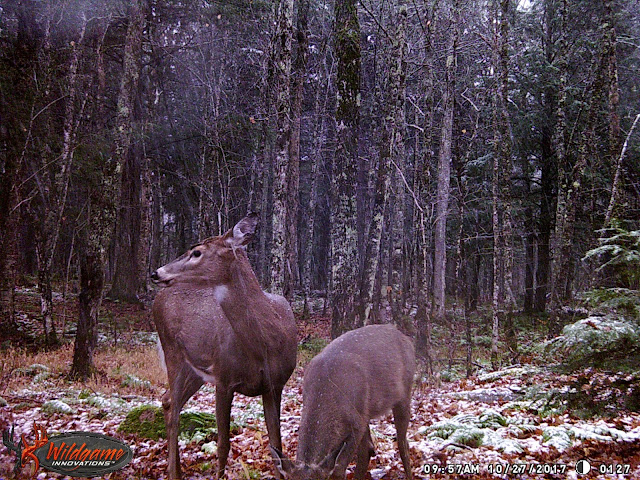 My father and I have a few other hunting spots in the area and none of those spots yielded any sign of deer. Not a good sign for such a large area. The resident herd here had died out from a few extremely harsh winters that lingered long into spring and new deer were just starting to repopulate the area. Late spring is the most critical time of survival for the whitetails that live here in the upper Great Lakes region and the last few were bad. Adding to the effects of the harsh winters, the deer numbers have also plummeted due to mass predation by the growing wolf and coyote population. With the decided lack of deer, the wolves seemed to have died off or moved out as well. I have not see any wolf sign in this area for two years now. No deer means no wolves either.


On the 28th of October we received a decent snow fall and thus was the start of our winter season. It's been on the ground ever since. I welcomed it's presence for it usually means good hunting. 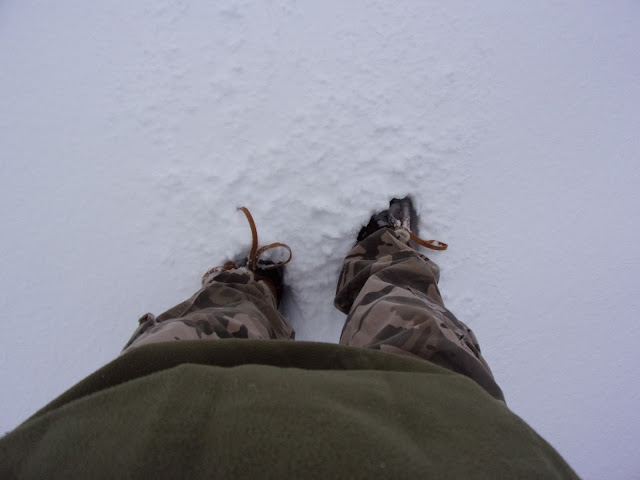 The day of the first snowfall had me wondering if the deer would be moving. Right after thinking that and as if on cue, I caught movement outside my living room window. I watched as two bucks made their way into my yard to feast off of my apple trees. Maybe I should just hunt by the house! 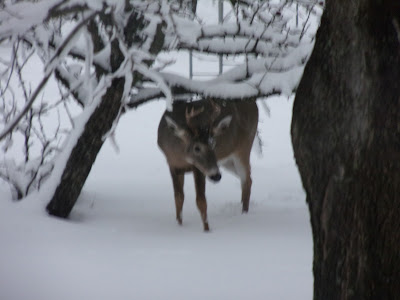 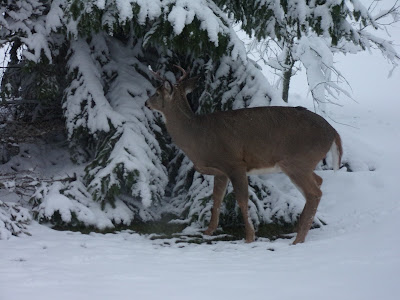 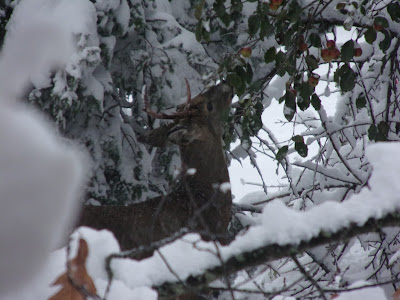 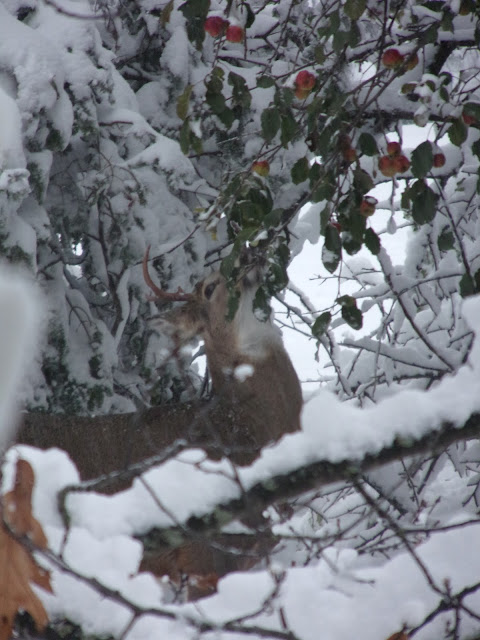 That weekend I made another trip out by the camp and did not encounter a single deer track out in the snow. Things weren't looking good for success out there. Disappointed with the lack of deer activity, I then did an impromptu scout by an old bow stand in a different favorite hunting area that I've left alone all year. I was rewarded with the discovery of multiple deer trails that were being heavily used, along with some fresh buck sign in the form of a rub and a scrape that was tended earlier that day. All of the activity was only about 30 yards from my preexisting stand site. The buck was heading to the stand from the North and would be coming past on the trail to the East if it keeps that same route up.

I made my mind up and decided to hunt this location on opening day. I have a far better chance of success there than I would out by my family's camp.

Time soon will tell if this set up and decision will pay off.
at November 12, 2017