Out To Play With The Dogs.

Off to play with some dogs...


I headed out to see if I could nail some coyotes in a gravel pit owned by my wife's family. I snowshoe hiked in the back way along on some defunct railroad tracks. the road to the pit isn't plowed so I figured the tracks would give an opportunity at some game on the walk in. 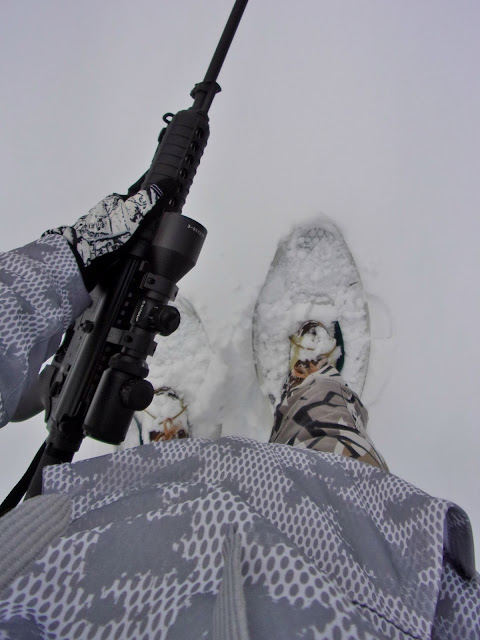 What's that light colored thing behind those clouds? I forgot what it's called. 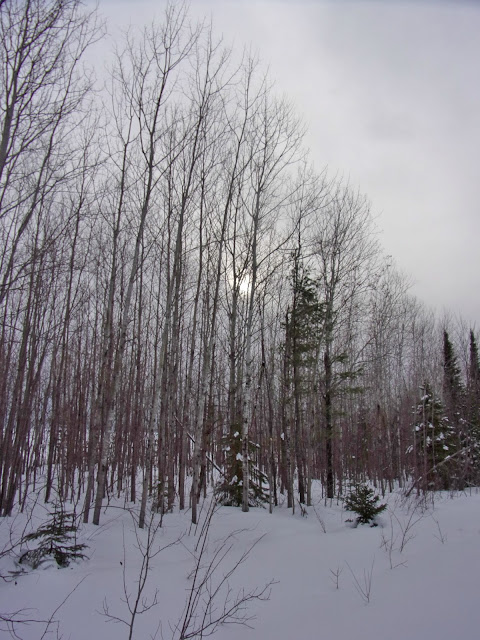 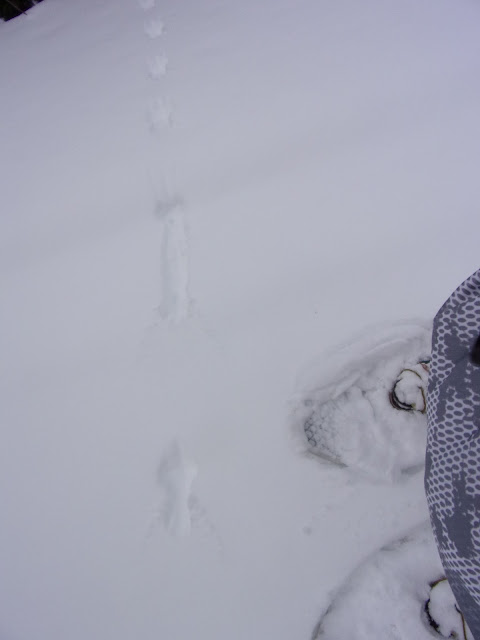 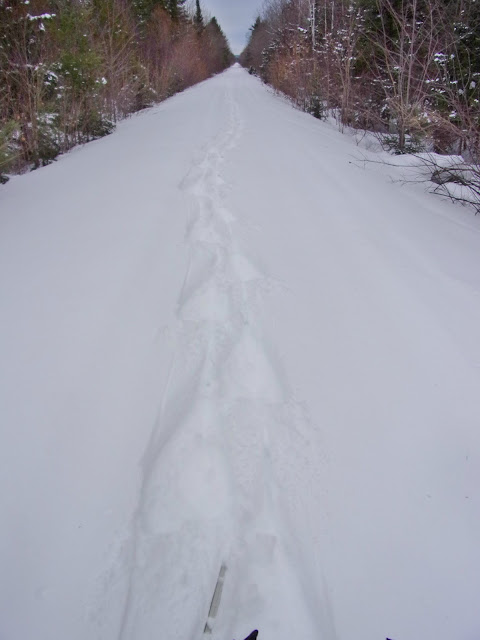 Only a half of a mile left to go!

I was dismayed by the lack of fresh coyote sign while trekking across this railroad grade. In early winter this area was crawling with coyotes. 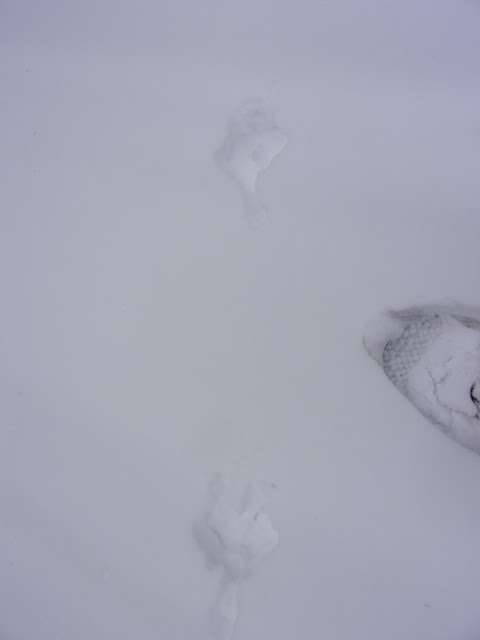 I reached the pit and to my dismay, there were some snowmobilers that were trespassing in it. I watched them for a while a took a photo of them. I was fully camouflaged and they never had a clue I was watching them. I silhouetted myself on the pit's skyline and it took them about 5 minutes to notice I was there. They seen me and I heard the bubble heads yammering to themselves while pointing at me and they took off, post haste. I figure a guy wearing snow camo with an AR-15 watching you from a distance can have that effect on trespassers. 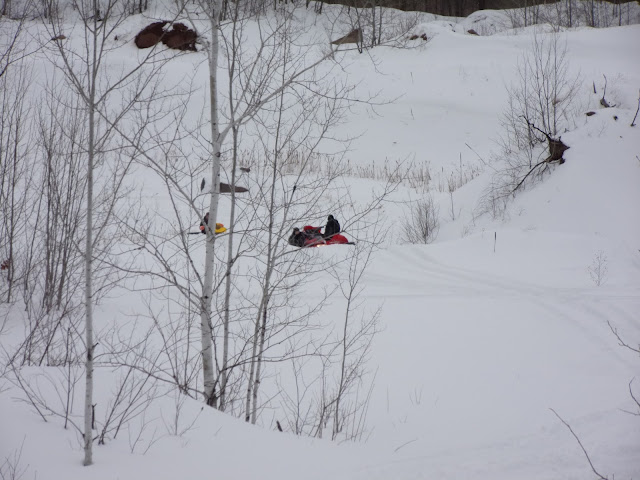 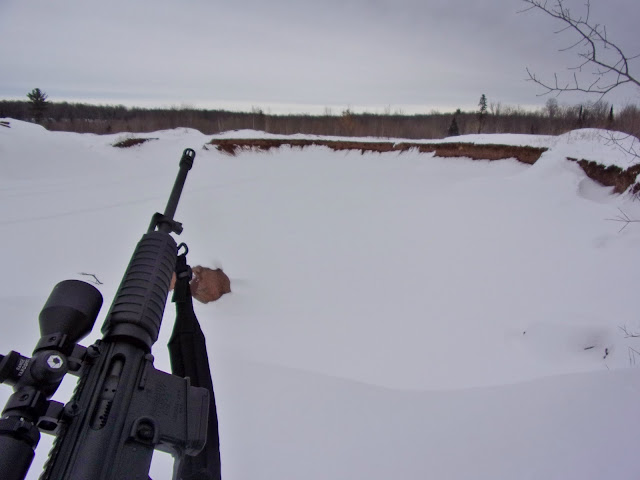 All to myself now.

This pit is pretty huge. I was hoping the presence of the sled heads wouldn't screw up my hunting. I figured coyotes are probably used to hearing the snow machines all winter long so I was hoping their activity would seem too out of place. Even so, I 'shoed along to the far end of the pit and gave the area some time to settle down.

I found my perch in the middle of the secondary pit area on a high mound overlooking some good terrain front and back. 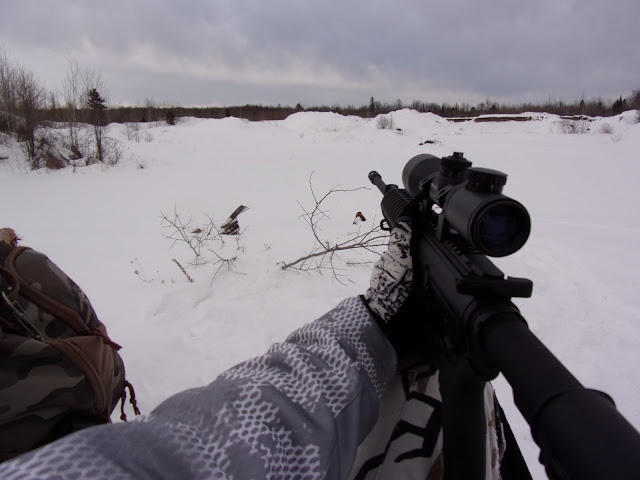 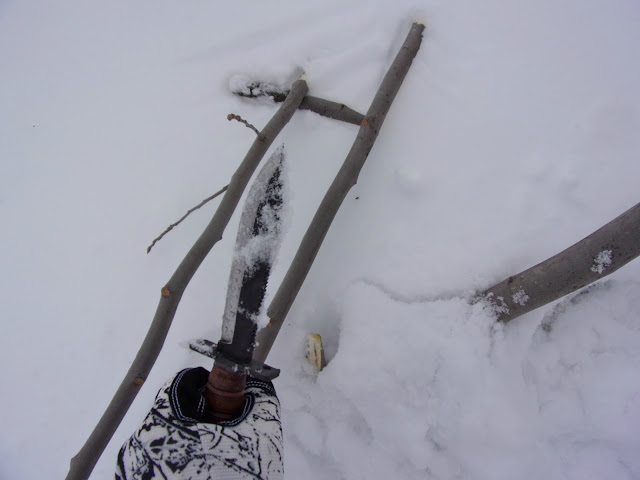 To make these, you just cut off two saplings ot branches to the approximate height you need. Then trim any protrusions. Lay the two sticks together and bind them with cordage. Once the bind is complete, run another bind of cordage in between the sticks running vertical to the previous wrap that holds the two the sticks together. Then spread the sticks like you are making an "X" with them. You now have an instant shooting stick or bipod. 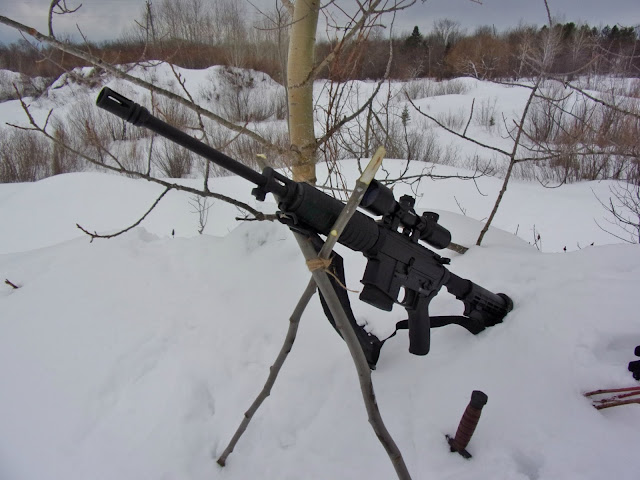 With that set, I decided to make a decoy too. I just used another sick, a turkey feather and some fishing line. Simple, cheap, and effective. 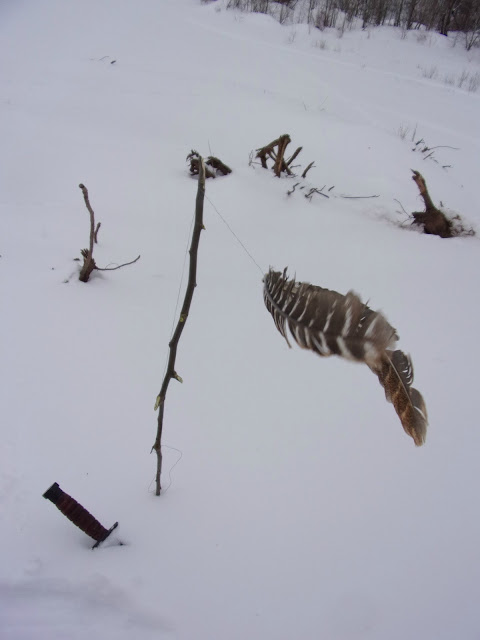 I set up my decoy and settled in to start calling. 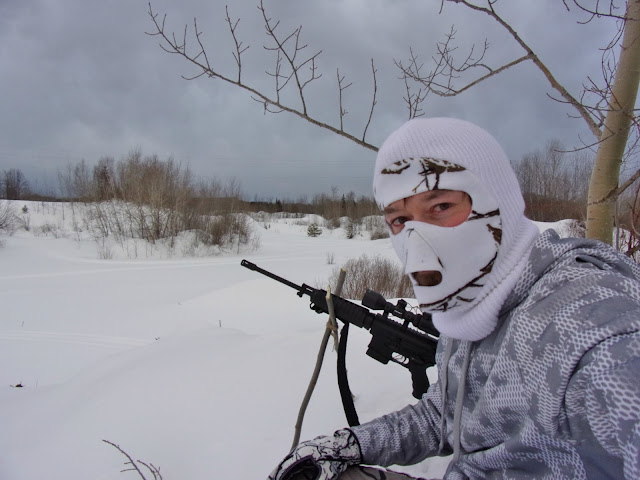 After 30 minutes of different calls and sequences I had no action. 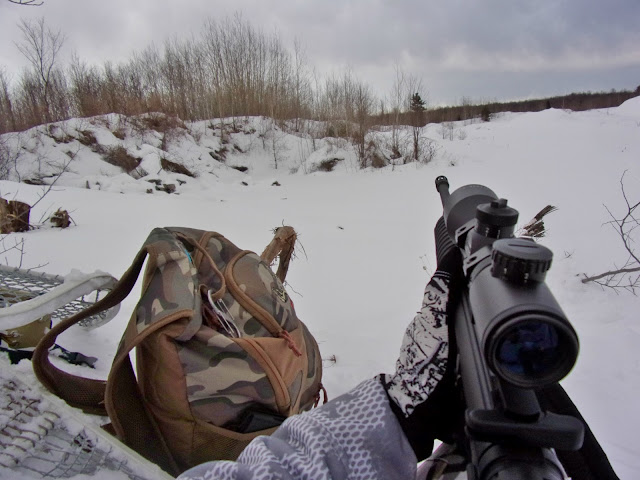 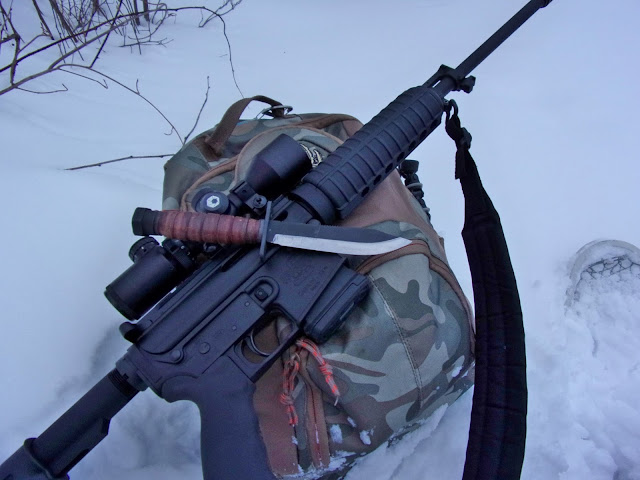 I hit two other old pits along the tracks that were overgrown with brush. These pits had NO human activity of any kinds and nothing came to my calls at those spots either. There was no sign of coyotes either. No fresh or old tracks of any kind. Once the snow got too deep and the deer migrated out of the region, the coyotes seemed to have moved out with them. Many times they stay put but small game is scarce this year so that might be why they left the area.

I packed up my gear and started the trek back out to my rig before darkness fell.

Maybe I'll get a dog next time. Thanks for looking!